Shawny the green sea turtle is an injured sea turtle at the Georgia Sea Turtle Center. 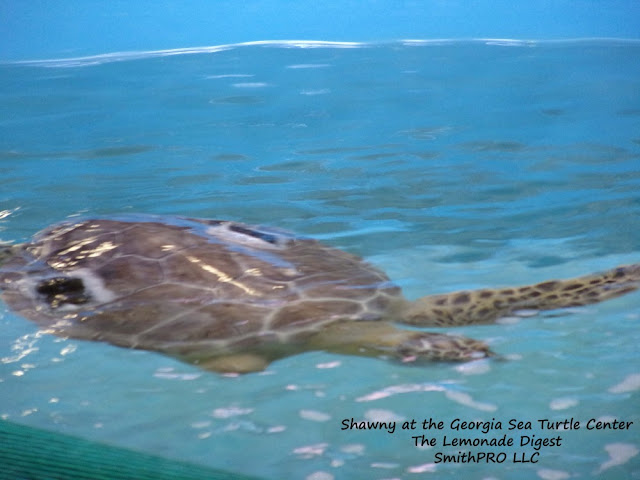 Shawny is a green sea turtle found on Tybee Island, GA. It got its flipper stuck in something, most likely a fishing net. The injury was severe. They had to amputate the right flipper. Shawny has two bandages on its back with weights. The turtle is diagonal and with three flippers it’s hard to swim. They hope the weights will make Shawny up right again.

Now Shawny is living at the Georgia Sea Turtle Center on Jekyll Island.

When I first saw Shawny, I thought it was drowning! But Shawny was fine. The sea turtle center is doing ever thing they can to help Shawny go back to the ocean but Shawny might not be able to go back.

No one knows if Shawny is girl or a boy. You usually can’t tell if a sea turtle is a boy or girl until it is old.

I hope this article will let people know we can affect the oceans good or bad.

There are many more sea turtles at the GA Sea Turtle Center…………………………. More about them coming soon! 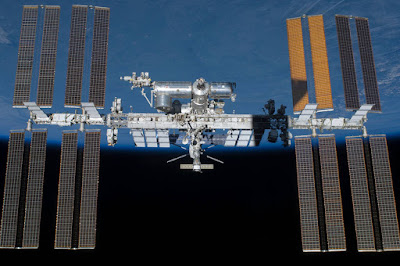 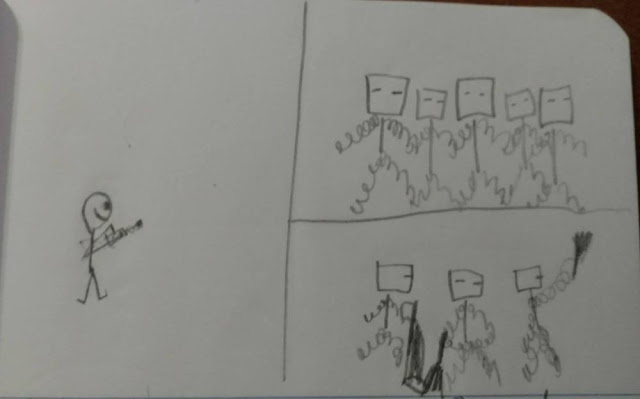 A guy gets a robot army. There was a guy.  One day he found a remote and he hit a button. Then he had a robot army. It was fun to have it and hitting the button was fun too. He used the robots to clean. The End     By Josie, age 9